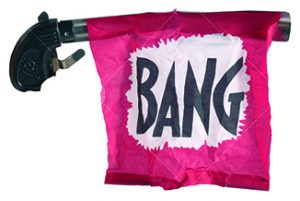 There are infinite possibilities of using jokes and memes in the class. These make a class interesting and funny, and help engage learners with various cultures. Jokes and memes are also a great way to introduce learners to the subtleties of a language, especially when it comes to acquiring the nuances of a language other than our native tongue. It is important to take cognizance of the fact that a nation’s humour lies in its historical, socio-cultural and linguistic background. Besides, the low affective filter that comes with using witty quips in the target language generates high motivation by building self-confidence. On a personal level, the different mental processes that get triggered by jokes, also go a long way in helping the recipient of the joke process language in interesting ways. According to Scott Thornbury, jokes help understand semantics, pragmatics and linguistic aspects of a language, and is therefore, a rich source for language teachers. (Source: https://scottthornbury.wordpress.com/2015/03/15/j-is-for-jokes/) 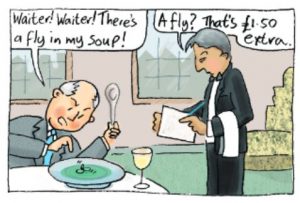 So it is great to have a bunch of puns, one-liners, riddles, knock-knocks along with the relatively new concept of memes – a by-product of the social media boom – as part of one’s arsenal! Ideally it would be good to have students working with jokes and memes that are relevant in some way to the situation in which they will be dealing in, thematically.

Let us look at how teachers can use jokes as tools of communication in the classroom where pragmatics is required because the message is encrypted and it is communicated in a way that calls for an additional mental and linguistic engagement. 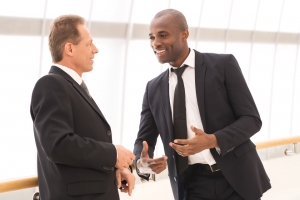 Gentleman 1: Are you going to the market?

Gentleman 2: Of course not!  I’m going to the market!

Gentleman 1: Ah! I thought you were on your way to the market!

Teacher: What is a line?

Boy: A dot that goes for a long walk.

Maths teacher: What are parallel lines then?

Or have multiple options for learners to choose from and then explain why their choice was the most appropriate. 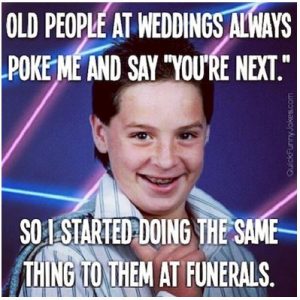 Memes make excellent resource too. A meme is a concept or idea that uses an image of a person, thing or scenario punched with a funny or witty caption and which spreads “virally” from one person to another via the Internet. There is a great deal that needs to be packed in and inferred from in a meme. Take a look at what you can do with a meme!

The lesson could be about how you feel and express your emotions or it could be about ellipses. Get your learners to work in small groups. Pick up a meme like this which captures exactly how a person feels. Identify context and the words and phrases that encapsulate deeper meaning and frame questions around them.

Here are some points which learners can discuss:

Even simpler, ask students to create memes based on a theme, say for instance learning spellings with ‘ie’ and ‘ei’. Help them practice with new vocabulary. Learners may be asked to create memes to define or use new vocabulary. Display the word at the top, and place the definition or a sentence using the word below, allowing them to be whacky! They could use the many available meme making tools online and come up with something quirky!

Sonali Bhattacharyya is an English Language Communication and Soft Skills Consultant, Trainer and Content Developer. She has been developing teaching learning material and online training material for Oxford University Press and also been conducting teacher training webinars for resource persons for OUP India.